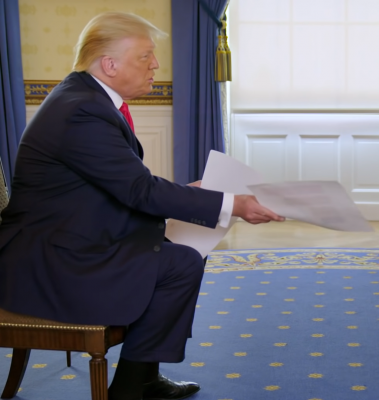 I won’t give up without a fight;
it matters not if I am right.
There is a principle at stake:
I rail against votes I call fake.
The only problem here, you see,
is things aren’t as I claim they be.
Each time I cite another instance –
from reality, there’s distance.
Prohibitions courts aren’t granting,
postal workers are recanting,
affidavits groundless – hence,
presented without evidence.
“Did you see this happen?” “No, sir –
maybe if I’d stood much closer.”
Votes submitted after polls close;
wondering just who controls those –
then it turns out there is leeway
if delivered up to three days.
Look – Nevada’s playing head games:
votes submitted under dead names;
ballots from those not alive.
How many were there? Twenty-five.
Ballots take too long to count;
unprecedented the amount.
Problems caused when Sharpies bleed through?
Nope – an effort to mislead you.
Every brand-new revelation:
figments of imagination.
Nonetheless, it’s certain I
will ask states to recertify.
There shouldn’t be one nagging doubt
that this vote I’ll keep dragging out.
Closure here I plan to stonewall –
there’ll be no concession phone call.
Once all challenges exhausted,
still no way I’ll say I lost it.
No acceptance of this licking
without lots of screams and kicking.
Meanwhile, as the virus spreads –
hospitals run short of beds,
vaccine yet to be disbursed –
my behavior’s just the worst:
callow, petty, petulant,
deceitful and malevolent.
With rights and healthcare I play chicken
while so many more are sickened.
I fiddle as your lives combust…
The feeling I provoke? Disgust.