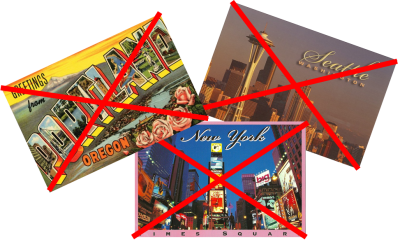 Federal funding just cannot exist
in those cities Bill Barr and I deem anarchist.
They’re where violence reigns and destruction persists,
so I think we shall screw with their budgets.

They must take peaceful protesters – throw them in jail.
Fire tear gas at any conclave without fail.
What I call law and order must surely prevail,
or their federal aid? I’ll begrudge it.

This is not a political move – I don’t think.
That the targets are blue cities? Co-ink-ee-dink.
Libertarians say to high heaven it stinks,
and quite likely it’s unconstitutional.

Whether Portland, Seattle, good ol’ NYC –
those are three cities overwhelmed by anarchy.
And to those who cry we sabotage liberty,
that’s what Bill Barr calls “business as usual.”

At least one urban mayor calls this “gross misuse.”
An example of both overreach and abuse.
And they’re right – Bill and I use this as an excuse
to come down hard on those who refute us.

But we’re just getting started; we’ll add to the list
and see how many more mayors off will get pissed.
When it comes to revenge, I’m a recidivist.
So, this order’s completely gratuitous.

Once elected to office as a Democrat,
then you’d best be prepared that I’ll hurl a brickbat
if, when I come to visit, there’s no welcome mat –
since my sojourn should be thought momentous.

But, then – why not treat red and blue all the same?
Because only the red states will give me acclaim.
When historians judge me, they’re sure to exclaim,
“As Commander-in-Chief: quite horrendous.”