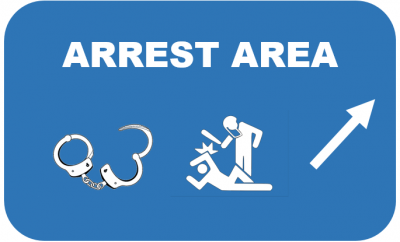 The Wall of Moms you will soon find is a scam;
they’re not in the least who Lamestream says they am.
You’ll find anarchists if you check through these –
and a few may have had hysterectomies.

No innocence found in these bearers of children;
I bet if they wanted a bomb, they could build one.
And if they are moms, then just where are their tots?
The only moms I like are ones that’re hot.

We’ve sent agents in to disperse the wild throng.
The first step: we say to them, “Please move along!”
But if they don’t dissipate quickly enough
we’ll fire into the crowd, using tear gas and stuff.

They’re joined now by Dads and a squadron of Vets.
We’ve barely had time to harass all them yet.
We’ll dispatch more agents into the downtown,
oppressing support shown for those Black and Brown.

The Dads show up armed with their cordless leaf-blowers
to drive back the tear gas; keep casualties lower.
They’re marching with signs that say “Dads Against Facism” –
that’s cause enough for my agents to clash with ‘em.

Veterans show up, and sometimes they linger.
One Navy vet stood his ground; we broke his fingers.
They aren’t really protesters: they hate our Country.
So much for their service – they’re anarchists, bluntly.

The mayor of Portland showed up and we gassed him,
and Bill Barr OK’d it. (I know, ‘cause I asked him.)
I plan to assign agents at an increased rate.
So much for dissent: welcome to the police state.