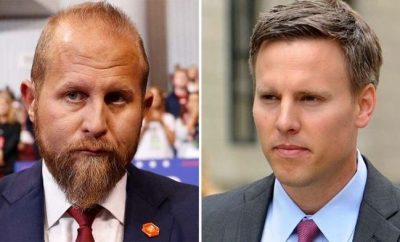 As the phoenix arose from the ashes, so my campaign will be resurrected
since I’ve just now installed a brand-new campaign manager – he’ll make sure I’m re-elected.
I got rid of Parscale, who was failing, and replaced him with someone from Bridgegate,
who is coming on board with just four months to go, so I’m paying him at an abridged rate.

My campaign, it appears, is in tatters; every week I do worse in the polling.
And attendance is down at the rallies so far where I’d normally be self-extolling.
I ignore the advice I am given (on Ivanka’s suggestions I might dote),
and instead of appealing to broaden my base, I am pinning my hopes on the white vote.

Now, this fella I’ve brought on to run things made it clear when I hired him he wished he
Never closed down the lanes to that bridge in New Jersey, when he was employed by Chris Christie.
But the water’s now under that big span – the G.W. over the Hudson –
So I said, “Roll your sleeves up and bring on the nasty; it’s time to get down in the mud some.”

While my campaign had been in the doldrums, it became animated and peppy when
I sent Jared to handle demoting Parscale and we then substituted Bill Stepien.
I hire only the best – then I fire them; substitutes come on board once I’ve beckoned.
And with Bill at the helm this mad free-fall will end – with God’s help, I’ll come in a close second.