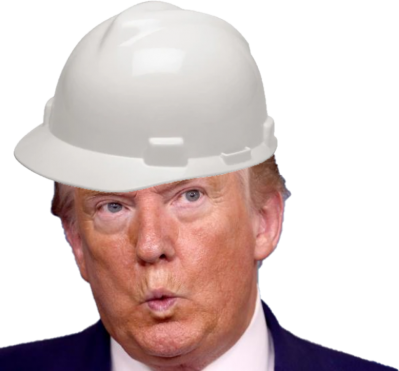 I work very hard as POTUS, never ever take a break;
The future of survival of our nation is at stake.
Won’t stop to eat a burger or to down a Diet Coke;
Defense Production Act I had to finally invoke.
And so you can imagine that I broke into a spasm
Once I realized the press can’t recognize good ol’ sarcasm.

Sarcasm is a form of speech that’s used to show contempt,
And every time I’ve tried it – I have failed at each attempt.
For reasons still unknown to me, I find nobody chuckles
When I go after the media with jokes wrapped in brass knuckles.
I guess the use of irony is something I don’t get…
(I learned it from a song sung by Alanis Morissette.)

That prize that some reporters won, for writing about me?
I tweeted out its name, but put the “L” before the “E” –
Again I claimed “sarcasm,” while choosing not to dwell
On allegations made by pundits that I don’t know how to spell.
Among the reasons forcing me to dodge all of these bullets were
That what I called a “Noble” Prize is actually a Pulitzer.

I read these phony stories, filled with lies. And, God forbid,
That I should leave the White House once (or all those other times I did).
If we are going to crush coronavirus, time is fleeting,
And the effort to defeat it tops my list – right after tweeting.
So forgive me if, from time to time, sarcasm starts to seep in
Since, from all the laissez-faire I’ve sown, it’s only shit I’m reapin’.