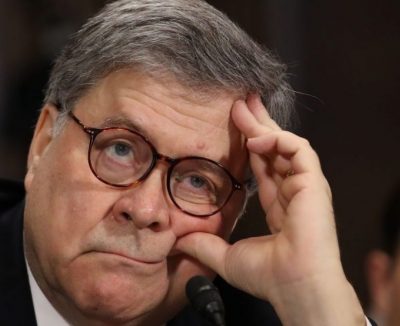 If you search within the DOJ, you surely won’t find “Justice.”
Bill Barr and I both poked around; there wasn’t any. Trust us.
The prosecutors need to go back to their school and learn more,
Since for my close friend Roger they don’t show enough concern for.

Does Roger Stone deserve a pardon? I don’t want to say yet,
So I’ll continue coyly hinting what he surely may get.
His trial was a disgrace, a total hoax – foreperson biased.
But he’s got friends in high places (and, in this case, the highest).

Thank goodness William Barr is taking over this miasma
That should never have been brought. I’m very glad my A.G. has a
Sense of right and wrong that clearly lines up with my legal thinking.
Did I know how Barr would handle it? I… might have had an inkling.

And the judge in Roger’s case? Obama put her on the bench, so
It’s quite clear all of her rulings suffer from a left-wing stench. Though
Some have said I shouldn’t weigh in, since the courts aren’t my dominion,
I’m the President and have the legal right to my opinion.

Bill Barr went on the TV and said I make it impossible
For him to do his job with all my tweets. (You know that’s lots of bull.)
In light of all the brickbats he’s received, he’s CYA’ing:
He prefers to be judged not by what he’s done – but what he’s saying.

All this chatter over “rule of law,” about which much is spoken:
Just like all the other rules I flout, it’s one more to be broken.
I will rule as I see fit, to suit my needs; I won’t be hesitant.
‘Cause if I can’t – then what the hell’s the point of being President?