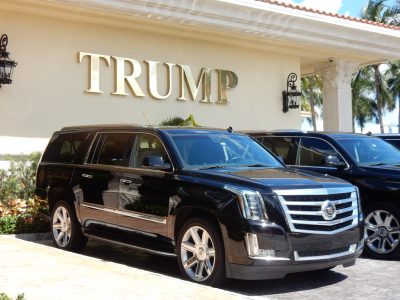 The business I consider myself yet to be involved in
Is, according to my acting Chief of Staff, still hospitality.
This other job I took on – I do not have much resolve in
Since my heart is not quite in it, I’ll concede, in actuality.

I really know the hotel biz, the inside and the outside;
Every single building plastered with my name: T-R-U-M-P.
Why the overweening branding? Well, nobody really doubts why:
Without constant ego-stroking, my existence would be empty.

To promote my far-flung empire, I picked up a little side gig:
I decided being POTUS could pay off (how ‘bout my cunning?).
Much to everyone’s amazement – and despite my orange fright wig –
I secured the nomination; a development quite stunning.

Once I won the election, and then moved into the White House,
I discovered there were limits on my powers (so they told me).
But I said, “I’ll just ignore ‘em,” and proceeded to, despite doubts,
Disregard the constitutional restraints meant to withhold me.

Cryin’ Chuck and Nervous Nancy tried to keep my aim in focus.
I at first found myself stymied, since the Congress is co-equal;
Then I thought, “Win 2 of 3!” and so I worked to stack the SCOTUS.
I made claims – not based in truth – and thought they’d guarantee a sequel.

In my privately-held business, I can relish my autonomy –
Decisions mine and mine alone; there is no interference.
Quite unlike this second job I picked up in the gig economy:
No room for impropriety – not even the appearance.

It seems I’ve lost supporters and, along with them, my bearings,
And this detour from my calling has proved somewhat inhospitable.
So, although I distract by tweeting multiple red herrings –
I may go back to hotel work, since this side gig’s always quittable.