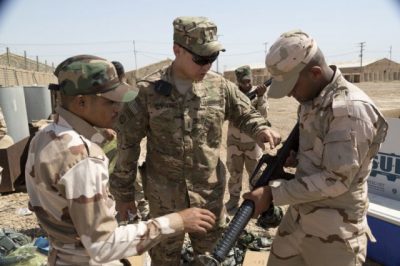 In my great and unmatched wisdom, I’ll consider it off-limits
If the Turkish leader Erdoğan – and here, let me reiterate –
Attacks the Kurds; he’ll learn of my response within mere minutes:
The Economy of Turkey I’ll destroy (also obliterate).

There should be no ambiguity in what I’m calling here for,
Even though I am endorsing Turkish military options.
All the Kurds, who were our allies – it’s their lives they’re now in fear for.
They’ll perhaps be struck by missiles, or attacked by deadly toxins.

Since we’ve now defeated ISIS, and the cost of fighting battles
Is expensive, I’ve decided it’s the moment for withdrawal.
And the members of the SDF I now will treat as chattels.
What will benefit from all that money saved? I know – my wall will!

After speaking on the telephone with Turkey’s strongman leader,
I reversed course and abandoned our accord with Kurdish fighters
Since my buddy Erdoğan says they are terrorism breeders.
While we used to have their backs, now we will treat them as outsiders.

I reject the carping this move will destabilize the region
Since, again – I in my wisdom will clamp down on Turkish foofaw.
While my policy reversals and catastrophes are legion,
I am sure I can convince you that nobody sees what you saw.

Critics say I should unite and not divide, as I am prone to,
And I’ve done so with this edict – everyone’s come out against it.
But you must remember this – for it is I, and I alone, who
Disregarded my advisors; by myself incompetenced it.

It’s like all of my casinos – when they finally went bankrupt,
All those creditors and others who’d supported me: I stiffed ‘em.
It’s the same thing with the Kurds now; as the tensions there get cranked up,
I’ll pull out – let someone else contend with just how to assist them.