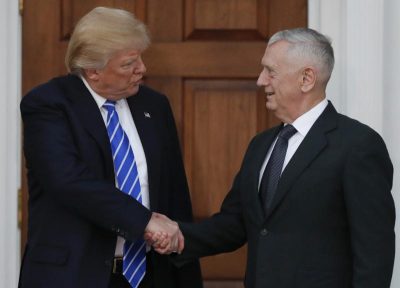 I wasn’t shocked at all when you presented me that letter.
You know so much about the world but, brother, I know better.
They claim within the room you were the last of the adults,
But only I know how to get what I want as results.

In days of yore, we would have strategized within a meeting.
But I’m a modern President; I filled you in with tweeting.
Although you may have been surprised, you stood steadfast beside me –
Until you wrote that letter, in which you seem to deride me.

I once called you a “Democrat,” an insult thinly veiled.
Attempting to convince me “Don’t withdraw,” you clearly failed.
You mentioned I deserved one whose views better are aligned,
By which you meant my policies you could not get behind.

I questioned what an ally was and why we need alliances,
Whereas you valued partnerships; believed in social sciences.
Treat allies with respect, you said, since they will fight alongside,
And clearly separate ourselves from actors on the wrong side.

I loved to call you “Mad Dog” – that nickname you didn’t care for.
And with you gone, I’m who the world will have to say a prayer for.
I’ve got two months to figure out who’ll serve as your replacement:
He must be tough, and look the part, and deal well with debasement.

With decades of experience, you touted your immersion
In issues needing clear eyes, and believed I cast aspersion.
But I know more than generals, and isn’t that your rank?
As coalitions crumble – there’s just me now left to thank.