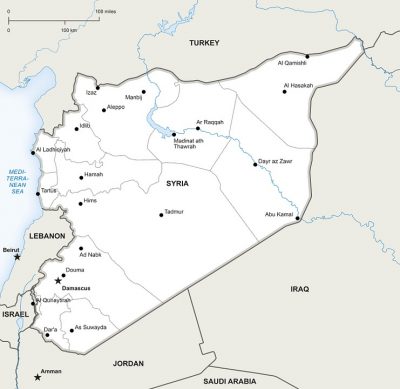 Just like I brought back Christmas, I’m now bringing back our troops.
They’ll come home all at once from Syria, not in small groups.
I’m sick and tired of being there and so, just as I promised,
I’m getting out of Syria. Admit: I’m being honest.

Since we’ve defeated ISIS (or at least that’s what I claim)
I thought if I withdrew that I’d receive world-wide acclaim.
Instead I’m being criticized for actions too abrupt,
And opening a window for resurgence to erupt.

I’ve worked to make our military yuuge, as you’re aware,
But I’d prefer to keep our soldiers here, not over there.
I’ll mass them all along our southern border, which is porous.
So what if all our Middle Eastern allies now abhor us?

Let’s face it – why should we be fighting other people’s wars?
We’re not the world’s policeman. Problem’s theirs, not mine or yours.
If you are at an awful party – hosted by the bosses –
It makes no sense to linger: get out quickly, cut your losses.

Of course the mainstream media prints nothing but derision,
And Lindsey Graham called it an “Obama-like decision.”
Bob Corker said we would have won the war in six more weeks,
But I don’t listen when that shrimpy Tennessean speaks.

There’s one voice above all who I should listen to, and that is
My Secretary of Defense, James (call him “Mad Dog”) Mattis.
Yet I sent out my tweet, announcing this without consulting
The general. Just one more thing I’ve done he finds insulting.

Why contradict my people? It’s because I am the boss.
You’re with me or against me, and if not – then it’s your loss.
I know more about ISIS than the generals, so can this plan
Succeed despite its brashness? Sure it will… Next up, Afghanistan.