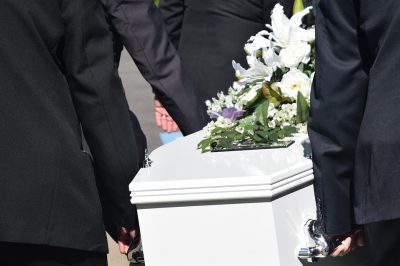 Three thousand people are not dead.
I brought them back to life, it’s said.
They’ve been returned back to the living.
That’s just how I am, folks — giving.

Look, Manuel — here’s your abuela!
I told you that I would not fail ya’.
¿Dónde está mi mujer?
Good news, José — she’s over there!

Bringing back the dead can be fun.
Caskets? You can get a refund.
Mood no longer is funereal;
Lighten up! Go have some cereal.

It isn’t right to say that I
Alone can make these folks un-die.
God is good and also great —
They say He can reanimate.

For Him, it is miraculous;
In my case — simple calculus.
To switch from “not to be” to “be”
Means more Hispanic votes for me.

I didn’t mean to cause offense —
I thought this was just common sense.
Perhaps I should have given warning
To all the folks who were in mourning.

This power I did not invent;
It’s not like I’m omnipotent.
The Dems were turning this into an exercise too solemm
So I moved three thousand names into a different spreadsheet column.