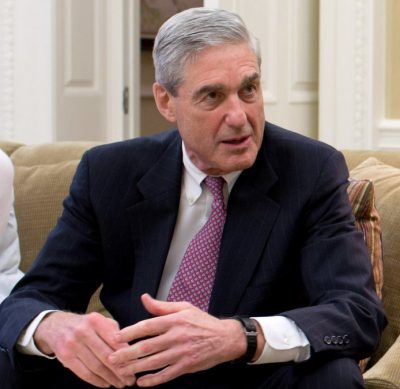 A year since I started my investigation – oh my, how the time has elapsed!
The first anniversary: paper. We use it when my team hands up an indictment.
My pal Giuliani has made several statements regarding how soon this all wraps.
But I’ve kept my head down and held my cards close, all which adds to the sense of excitement.

The President has an opinion regarding the work I am doing: a “WITCH HUNT.”
But, even on Twitter, that man is permitted to say just what he might be thinking.
He claims no collusion; I’m costing the taxpayers millions; the facts – insufficient.
While I am just patiently biding my time ‘til we sit down – we’ll see then who’s blinking.

Rod Rosenstein serves as my boss, and around him all sorts of wild rumors are swirling.
But so far he’s held his head high and remained calm and cool, resolute and collected.
As I bring more charges, the President senses his fate in the wind may be twirling.
And so he continues attacking, misstating, and making stuff up – that’s expected.

I won’t be deterred from my charter, which gives me broad powers to look into hijinks.
I’ll work with my staff to be thorough and won’t let the President’s team try to hurry us.
The work I am doing is based on the facts; ruled by law and not politics, I think.
I’ll stick to the truth and ignore flights of fancy and other rebukes that are spurious.

I was a Marine – Semper Fi – and received many honors for doing my duty.
Then launched a career in the law and continued providing my country with service.
I sought no deferments. As U.S. Attorney, had justice dispensed absolutely.
Compare my CV with the President’s – then you decide which of us should be nervous.