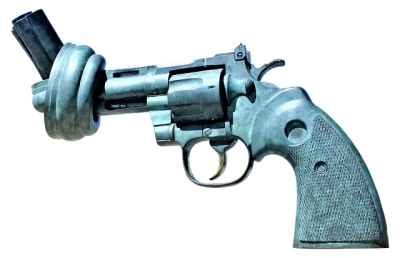 We’ve got to be powerful on background checks, fellahs. I encourage you all: don’t be shy.
You may be afraid of the gun lobby, fellahs – but no one fears them less than I.
We’re going to make something happen, and soon – make this gun problem go far away.
Unlike all those others, I… hang on sec – gotta take this call; it’s NRA.

On second thought – not sure what we talked about is the answer. There’s more to consider.
And since no one backs up the 2nd Amendment like me, they can’t call me a quitter.
The fellahs in charge of the NRA are not your enemies, they are your friends.
They’re patriots all, just suggesting that there are some different means to reach the ends.

I said take the firearms first and then go to court over the process that’s due.
Makes sense to me – it isn’t backwards at all; just like referencing “I” before “You.”
We’ve got to make sure that these sickos, these crazies, these savage and unhinged assassins
Can’t get their hands on any weapons. And, also, we must treat these folks with compassion.

I said a bi-partisan effort was something we needed and would be worthwhile.
And I made it happen! I stirred up confusion and dread on both sides of the aisle.
A week filled with chaos, and that’s how I like it. My plate couldn’t be any fuller.
And meanwhile the media chases its tail and there’s less mention of Robert Mueller.

We’re still on the road to something terrific, we’re just going to exit the highway.
We’ll take a back alley, meander a bit – and might not arrive ‘til next Friday.
“It’s time that a President stepped up.” I said that, and even believed that I meant it.
But you know me: I’ll advocate very strongly for something until I repent it.

I’ll take all the credit and sidestep the blame, regardless whatever the outcome.
And keep saying how I am draining the swamp — hoping nobody glimpses the pond scum.
I’ll handle this gun issue just like the Dreamers: first pledge my support, then reverse.
And shift the blame elsewhere – OBAMA! – for making a bad situation much worse.