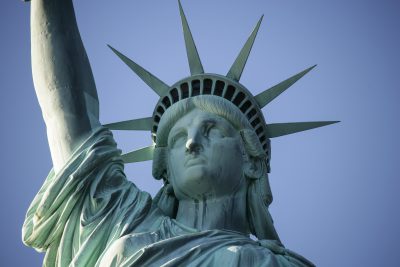 “We love the Dreamers,” Trump has said – the kind of love that’s tough.
Negotiations ongoing – no one offers enough.
In all this time, the lives of children hanging by a thread.
“Unless you let me build that wall…” hopes for reform are dead.

The DACA program came into existence with Obama,
And ever since that policy has generated drama.
Intended to protect the children, blameless as they seem,
Since Congress never passed the legislation known as DREAM.

Expansion blocked by courts, and also GOP-opposed.
Progress on the issue tougher than many supposed.
“We’ll give in on the Dreamers if you tighten up the border.”
Congress punts, chaos ensues – nothing resembling order.

One side says, “Think of the children and their innocence.”
Other side says, “No fair rewarding those who jumped the fence.”
“Let us help these children through a citizenship path.”
“Build that wall; no chain migration; illegals earn our wrath.”

Does anyone remember what came from the “Gang of Eight”?
Senators from both sides offered something they thought great.
Offered to the House, that legislation took a hit.
(Also Marco Rubio backed off, that chicken-shit.)

Chuck and Nancy thought they had a deal with Donald Trump —
Soon enough they realized he’d kicked them in the rump.
Once more the discussion has become so partisan;
Round and round and round it goes; will it ever end?

“Please give me your tired, your poor, those yearning to breathe free.”
But nowadays to get in, they must win a lottery.
“Get rid of that system, since it lets in thieves and schemers!”
Be that as it may, an issue separate from the Dreamers.

800,000 Dreamers (and some Salvadorans, also)
Trepidatiously await to find out if and when they all go.
I, for one, can’t say what best resolves this pressing issue.
But I cast votes for those who had the power to handle – so did you.

Failure to resolve this issue fairly, with compassion,
Means my votes next cycle I will adamantly ration.
Somewhere in between “No more!” and “Ollie ollie in free!”
Otherwise, next time the votes will go to Oprah Winfrey.